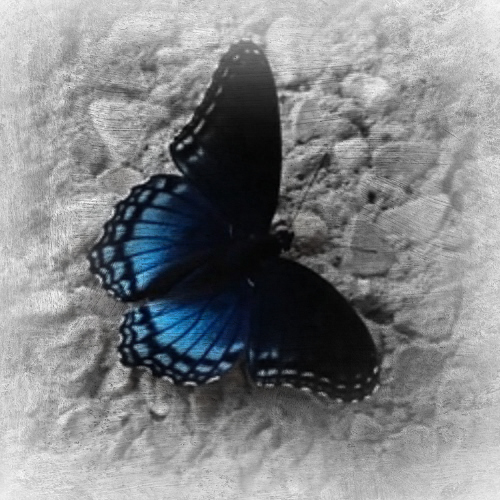 A year ago on August 14, several lives were forever changed.

On that day I did several things differently than my usual routine. My day at work had been frustrating and exhausting. My husband asked me to leave with him instead of staying late. Usually when I had a tight deadline I would decline. But this day I decided to take him up on his offer. We rode together leaving one vehicle at work.

We picked up the boy from after school care. He came out with shoulders slumped and announced he had a bad day at school when he got into the car.

Husband took us to Whole Hog Café for dinner. As we filled our bellies with pork and exchanged stories, the stress of the day seemed to melt away. I pointed out to the boy that we had turned our bad day around. He gave me a tight hug and agreed.

After dinner I decided to drive. Call me old-fashioned, I rarely drive when we are all together. It was a nice day, cooler than usual. We had the windows down and the radio blaring as we drove down JFK toward home.

I had sworn off Starbucks a few days prior. (I do this quite often trying to break the habit.) Because the boy and I both had bad days I proposed we run through the drive-thru for a treat. Surprisingly, husband didn’t give me a hard time about going back on my word this time.

We pulled into the drive-thru, placed our order and proceeded through the narrow trough toward the window. There was one person ahead of us in line. All our windows were still down. We were cutting up and laughing.

I knew instantly I had just heard gunshots. The boy asked what the noise was. I confirmed with husband the sound was gunfire. The boy became frantic. I was on shaky ground as well. It sounded as if the gunfire came from the other side of the building.  We were blind to the situation. We were trapped in between Starbucks and a wall of rocks with no way out. Was a gunman on the loose? Were we in danger? Why would someone be firing shots in this area? My mind raced with scenarios. I didn’t know what to do.

The car in front of us seemed to be carrying on business as usual at the window. That added to my confusion. Surely she heard what we heard. She was chatting with the Starbucks employee and all seemed normal. Surely someone inside Starbucks saw what was going on through the windows. Was I wrong? Was it a car backfiring instead of gunfire?  Why was no one reacting?

I looked ahead and saw a blue car stopped on McCain directly in front of us. There appeared to be no one in the car. At first I assumed the owner of this car pulled up, stopped and jumped out to help with the situation on the other side of the building.

The car in front of us finally pulled forward. The blue car was still there and blocking the drive with seemingly no one inside. I was still unsure what was going on. Should I pull forward? Should I stay? Were we in danger? What in the heck was happening on the other side of the building? It seemed like an eternity had passed since we heard those shots ring through the air. In reality it was more like a minute or two.

The driver of the car ahead of us was blocked by the blue car. She sat there for a bit then finally got out and walked over to the blue car. She instantly started screaming for help. My husband jumped out of our car and headed that way. Thankfully, just before he got there, a police officer pulled up and instructed him to step back.

The officer approached the driver side of the blue car. Based on his reaction as he peered in, I knew for sure the situation was bad. The boy and I were alone in the drive-thru. Somehow I had the wherewithal to have the boy get into the front seat and face the back of the car. He was already totally freaked out (as was I) and I didn’t want him to witness whatever was coming next.

The next few minutes were a blur as other officers and an ambulance arrived. My husband was still with the officers giving them his account of what happened. I saw the EMT’s working on the driver’s side of the car.

I sat there feeling trapped. My mind was racing as to what had transpired. Then one of the officers pulled a child seat from the car. I stopped breathing for a minute until I caught a glimpse of the baby. Surprisingly, she was completely calm and peaceful as all this was happening. The officer sat her on the ground near my husband.

I wanted more than anything to get her and hold her. In fact out of instinct I opened the door to do just that. The boy let out a scream and asked me what I was doing. I closed the door and hugged him into my chest all the while keeping my gaze on this beautiful baby.

I never once heard her cry – even before she was pulled from the car. She showed no signs of discomfort – in fact she playfully kicked her feet and waved her hands as if all was right in the world. I kept my gaze on her sweet little face until she was taken away minutes later.

Remembering her calmness in the midst of tragedy and chaos was comforting.  I wasn’t sure what her family situation was or why she was in the car.  I wasn’t sure who was driving. I was just thankful that this precious life was spared. I prayed the same for the driver as the ambulance headed out for the hospital.

We had to stay in our car in the drive-thru while they processed the crime scene. I gave my account and contact information to an officer. After an hour or so they allowed us to back out of the drive-thru (no easy feat on a normal day) to head home.

It was like I was outside my body driving home. Just before we arrived, all the emotions hit and the flood of tears started. I watched twitter feeds trying to learn more about the woman driving the blue car. Within a couple of hours the announcement was made that she did not make it. It was also confirmed that she was the mother of the baby.

For the next few days I became obsessed with learning any and everything I could about this young mother and her baby. From what I could see on Facebook and in news reports she seemed to have a beautiful life – newlywed, new mom, new career and much more. Based on news reports, this seemed to be a random act of violence with the victim being at the wrong place at the wrong time. All this made processing what happened and why even harder.

It was a very real reminder that no one is promised tomorrow.

As days turned to weeks my obsession with her life turned to an assessment of my own. What if that had been me? Would I be happy with the life I left behind? As hard as it was to admit, the answer was a resounding NO.

It has been a long year since this tragedy.

I don’t want to take away from the hurt and loss of Samantha Olsen’s family and friends – especially that of her daughter. I also don’t want her death to be in vain. Making no changes and continuing down the path I was on before that night would do just that. Instead I chose to honor her beautiful life by making changes in my own. For now that means living a healthier lifestyle, spending more time with family and friends and living in the moment instead of worrying about the future or fretting over the past.

Several lives were changed in a moment. One of those was mine.

Configuration error or no pictures...